#OnTheRoadHomeBlog, part six in a series 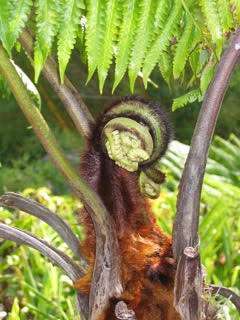 Driving and The Evolution of Consciousness

My husband deliberately went through a red light the other day. He apparently did an instantaneous evaluation of all traffic coming from all directions and decided in that nanosecond that he could slide through the intersection safely and unnoticed, thus saving whatever precious few nanoseconds he felt he needed to further the cause of life in the fast lane of human existence.

We had a big argument about it.  He might have avoided a car wreck with his keen sense of timing but the wreck he didn’t avoid was my upset. I was, after all, in the passenger seat of that car. To make matters worse, someone I know was severely injured recently by– you guessed it– a driver who ran a red light.

My husband claimed he had his own justifiable “reality” about the decision he made. For me, nothing about intentionally running a red light is justifiable. It seemed the height of absurdity that I even had to make a case for my position, but there I was, knee deep in it with the man I love, who is an amazing husband, friend and lover, holding fiercely to my position like a bulldog with a bone.

I used to be someone you could shame into silence. My first husband had an affair and when I timidly inquired about his relationship with the other women, he looked at me with disgust and asked me what was wrong with me that I couldn’t let him have a female friend. I choked on those words as if an actual noose was around my neck. But I’m not like that any more. I’ve come to realize that my path in life is to speak, no matter how difficult, no matter what consequences I might have to ace. My current husband is the recipient of all that “growth.”

There is a small part of me that could be very judgmental of both of us—what the heck am I doing with someone who would fight me tooth and nail for his right to run a red light? This is what I have manifested after years of soul-searching, thousands of dollars worth of therapy? All my hard work comes to this? —to actually getting hooked into such an argument? Do I have no greater consciousness?

And then I got it. I mean I really got it. My path in life is to speak my truth. This I already know. When I finally found my voice in my first marriage, I was able to leave because at that time, there was pretty much nothing else left to say. I have been scratching my way up a steep slope to open my mouth and speak ever since, inching my way up and over anything and everything that would make me fear my own voice and silence me. And I get it now. It doesn’t have to be some profound truth or heart-stopping revelation that is trying to emerge. Anything that is difficult to say and stand on and any opposition is grist for that mill.

Evolution comes about through adaptation to the obstacles to survival. We humans got up on our hind legs in response to climate change and the need to find new habitats for survival.

We all have something we are faced with as obstacles to our greatest evolutionary challenges, the deepest callings from our souls. We all have some kind of sand inside our shell. For me, that sand is everything that makes me want to shut up and not make waves. I’m sure you have your own version of sandpaper on your skin. I get it. The point is simply to make pearls out of all sand!! Sometimes we don’t get to choose the shape and size of that irritant. The point is to make pearls AND NOT JUDGE the form in which that colossal irritation comes.

So although my little spat with my husband was really a rather miniscule aggravation in light of the mind-boggling magnitude of pain under our global human skin, why not look at it as, “Thank you—you actually gave me one more opportunity to speak in the face of opposition. You helped me put one more microscopic layer of stunning lacquer on the pearl my soul came here to make, the pearl that I hope with all my heart will bring one small ray of luminescence into the darkness of this world. Thank you for that opportunity.”

I don’t think my husband will be running any more red lights. But there’s far bigger Sand out there waiting to be transformed into Pearl.