#OnTheRoadHome, part four in a series 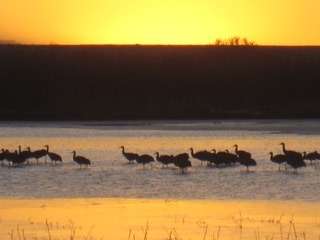 Our Fellow Travellers On The Road Home

Last night I watched One Track Heart, the documentary of Krishna Das’s spiritual journey with his guru. It brought back a deep feeling memory of what I too experienced back in the early sixties and seventies– the longing for a connectedness to the ALL– so familiar, but which I had actually not yet experienced in this life.

I was so grateful to hear about how, after his guru died, Krishna Das was lost, got into drugs, and finally, after a long time, returned to his own personal path, which was to chant with other people. For any of you who don’t know, Krishna Das chants all over the world now and attracts huge crowds. I related to his story because I, too, have felt lost after periods of great opening.

I was grateful to hear him say that initially, after he had received a lot of acclaim and was becoming famous, he recognized that he was slipping into a huge ego trip about his popularity, into the desire for fame, money, and power. He knew he had to give up the chanting and return to his own source within. He went back to India, to the temple where his guru had lived, and had a huge awakening in which he saw how to get out of his own way and BE the love that he was in chanting, BE the connection to Love that he had found with his guru in the past. At least that is the way I understood what he said.

I was so grateful for the simple honesty with which he shared his story because my own journey, and I imagine the journey of many others like me, is not that different, but from the opposite point of view. I don’t worry about spinning out into fame and stardom with what I have to share. I worry about being nothing, about my sharing being pointless, ineffective, not valuable to anyone. That’s the other side of the coin of self-inflation—self-deflation. My self is in the way in either case. Because it isn’t about my self. It’s about whatever light Soul and God in me want to express through the person that happens to be Phyllis, with all her hang-ups and fears and drives and inspirations. I even resist writing that. “What light?” the naysayer in me wants to shout!

I am everything and I am nothing, all in one breath. And in the middle, where I am just here, now, alive– one small voice of Soul seeking to come into full bloom through the clay vehicle that is Phyllis—right here in the middle is where I want to be breathing. Here is where I want to be chanting. My chant is writing. My chant today is my book, The Road Home: A Light In The Darkness. What is your chant? I want to hear it.