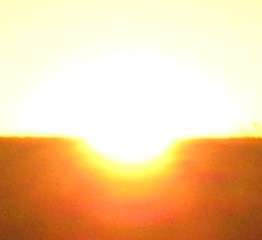 The Sundance: A Story of Crucifixion, Part II

Very near the beginning of the Sundance, a young man carrying a sacred Pipe made his way around the outside of the circle in which the dance was to take place. He stopped when he came to me, handed me the Pipe and indicated I was to follow him. If I remember correctly, Pipes were given to three other observers beside myself and we were led to one side of the circle where the Medicine Man stood. I had suddenly become part of this opening ceremony. The Medicine Man spoke in Lakota. I had no idea what I was to do. Oh my God, why did you pick me? But there I was, facing into the circle holding a sacred Pipe, a line of Sun Dancers facing me. The drumming and singing began. I fumbled my way through, terrified, following the others the best I could as they held out their pipes and brought them back in toward themselves in an offering to the dancers I could not comprehend.

It never once occurred to me that it was a great honor to be chosen. I just wanted to hide.

The Pipe ritual was repeated several times during the four days. Every time the young man made his way around the circle, I looked away and prayed he would not choose me, but he gave me the Pipe again for the closing ceremony. I stood there at the edge of the circle facing the dancers in the blazing sun for a long time while the Medicine Man spoke in Lakota. I thought I might pass out.

It never occurred to me, either, in all the intervening years, that perhaps I was recognized after all—not as someone special, but as a sister and a brother in my heart. Nor did it ever occur to me that perhaps it was I who could not recognize myself under the costume I wore.

At the very end, all the observers faced outward from the edge of the circle. The Sundancers came around the outside and acknowledged each person individually as they walked by. I can’t tell you how exactly, but that, too, was part of the giving, part of the unending generosity of spirit that infused every moment of the Sundance. And then we were all invited to an enormous feast called a Give Away. Everything, including the teepee the dancers stayed in, was given away, and every single person there received a gift.

Giving it ALL away– sustenance, body and Soul—was a conscious part of their way of life. And it was impossible not to notice that there was absolutely nothing comparable in my upbringing.

I will never pierce my body or dance for four days in the sun in this lifetime. But I understand now that I was not an observer at the Sundance. I was also a participant. I understand now that there are many ways to transform pain into Light and give it all away. And it requires that I be willing to bear the pain of my fears and hesitations in order to be my greatest Soul Self in the world and give that away. And it’s not a one-time thing. The Sundancers come back to dance time after time.

What is my Sundance? How much pain am I willing to consciously, fearlessly, take on and transform for the sake of all living things?

Thank you will never be big enough words for the Lakota People.