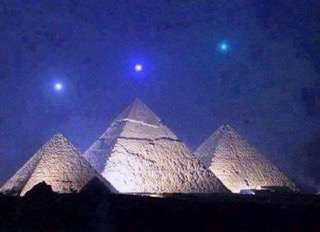 Chaos on the social front can be read as a sign that a great evolutionary leap is about to occur, or that the energy needed to make that leap is available and making its presence strongly felt. The movement of the race, on a Soul level, is toward Oneness, toward God, no matter what it appears to be on the surface. Embrace the turmoil in human relations as the greatest and most blessed opportunity to participate in your next evolutionary leap with everything you have.

This is a quote from Road Home Series, from the Divine Voice that began speaking to me in the early nineties and which is my anchor in the present storm sweeping across my country. On November 6, two days before Election Day, I gave a presentation on my writing at Unity of Taos, in Taos, NM. Perhaps it was a foreshadowing of the coming election, or a shift in the axis of my own evolutionary process, or the enormity of the undeniable human Climate Change pushing through to consciousness, but on that Sunday I felt inspired to talk about the big picture.

Evolution, They say, takes place when a life form meets an obstacle to its survival, and it must adapt and evolve in order to stay alive. Much of our physical evolution has taken place in response to threatening external climate change. Although we have evolved intelligence and technologies and civilizations that have exponentially extended and enhanced the quality of human life, we have come to a point where that same ego consciousness— that which solidifies the belief that the part is more important than the whole, that pits Male against Female, that feeds off of a projection of Evil onto “other,” and fuels the unending struggle to Dominate rather than cooperate—that same  ego consciousness has the capacity to destroy us all and most of the life forms we share this earth with.

And that, They say, is the real reason They came to me—to be a Herald of where Soul is calling us, and also to provide a road map through the apparent Wilderness of this ego plane existence.

Never before has that big picture felt more real than it does to me today. 5 days post election, the world I thought I inhabited here in the United States has been turned on its head. Whatever my assumptions were that we here in the USA will always have some semblance of a safe container around our halting attempts at social evolution—those assumptions have been shattered. And so I accept that those illusions needed to go. The night of the election I watched “The Letters,” a beautiful documentary about the life of Mother Teresa, who heard a direct calling from God and spent her life answering that call, even in the face of much opposition. I take heart from her. My writing is my call from God to me. It is the lighthouse that shows me how to participate in this next evolutionary leap, in the midst of what today feels like a blinding storm on this Horizontal Plane. And if there is one thing I want to accomplish before I die, it is to share my writing with my fellow travellers on this long Road Home.

From The Road Home Series. For the audio recording of the talk I gave at Unity of Taos, go to www.unityoftaos.org