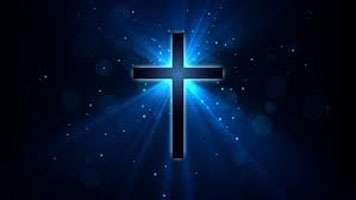 Rewriting the Story of Jesus and the Crucifixion: Part II

When I was a little girl, my parents for some reason liked to repeat again and again that I was such a homely baby I had nowhere to go but “up.” My sister was the beautiful one. I have no memory of ever being told I was pretty. That one story (and there were others) shaped the whole course of my growing up. For most of my adult life I believed I was the ugly sister in relation to every woman friend, and with men I believed I was therefore undesirable and unlovable. I never questioned this belief; for me it was an irrefutable fact, a fatal, irreversible flaw. I tried my best to compensate by being a good girl, smart in school, and a pleaser– until all those compensations finally collapsed and I went into the dark night of the soul. That is where God found me and miraculously began telling me the real story of what my soul was doing in all the painful experiences of Phyllis. I tell that story in detail in A Light In the Darkness, and that story continues in Book II, Into the Fire, soon to be published.

I only refer to this little piece of my story now to make the much larger and critically important point that the stories we as a human race have all been told and have believed, the stories we therefore continue to tell ourselves and each other, about who we are and how we should behave and what we are supposed to accomplish, these stories are now the main threat to our survival as a race. Whether we know it or not, these stories have brought us collectively to the point of global suicidality. On a personal level, my main defense mechanisms against the sad stories I believed about myself– making myself more or less invisible, pleasing and smart— were not the worst or most lethal of all protective mechanisms by a long shot. And yet, they still brought me to a place where I did not want to go on living. Our main defense mechanisms as a species are now guns, nuclear weapons, chemicals additives, chemical killers, conquest and rape—rape of each other and of the earth. These defenses have become undeniably homicidal and suicidal on a global level. And, what we imagine is justifiably homicidal, is now suicidal because our greatest weapons of “defense” have the real potential kill us all.

In psychotherapy, when a person is self destructive or hurtful to others, we look for the conditioning messages and experiences that brought them to these unfortunate and dangerous states of mind. We delve into what they were told about themselves, the role models of relationship they were exposed to and particularly how conflict and issues of expressing one’s individuality were handled in their families and communities. We look at the judgments they internalized, and especially the negative beliefs that were projected onto them—you’re unlovable, worthless, a sinner, inferior, stupid, ugly, too dark, too fat, too feminine, etc.—and we help them find and connect to the core self that is not any of these things but which was covered up by all these untrue stories they were told about who they are.

We help people re-write their story in a way that honors that core self. This process inevitably awakens the desire to honor that core self in others. Self-destructive and hurtful behaviors are replaced with good communication, deepening connection, acceptance, tolerance, appropriate boundaries and powerful action when needed. This is a broad view of what we call healing in a psychological sense. Rewriting the old untrue stories of who we are as individuals puts an end to self-harm, abuse and neglect. It is what heals individuals and families.

What my Divine Voice is saying loud and clear is that as a race, we have come to the place in our collective human journey where we are being called from all directions to unravel the negative, limiting and fundamentally untrue stories ego consciousness has told us about who we all are so that together we can uncover and connect to our true essential soul nature. They are saying we must re-write all the ego-based stories we have come to believe about ourselves if we are to survive.

Quite surprisingly perhaps, one of the most powerful stories that has shaped the current course of human history and brought us to the critically life-threatening place we now stand is the story of Jesus and the Crucifixion. They have come to help us understand this story from an entirely new point of view. This is the story They have come to help us re-write… to be continued…