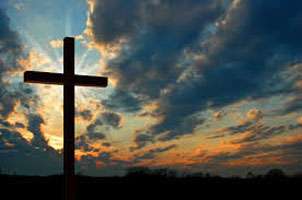 Rewriting the Story of Jesus and the Crucifixion: Part I

Very soon after a Divine Voice began speaking to me back in 1994 about what my soul and all our souls are doing here in these human forms and human experiences, I began hearing very specific messages about Jesus, the Crucifixion, and Christ Consciousness. Although all of this material will be included in The Road Home Series books, the information is scattered throughout as different themes emerged. Because all the material on Jesus and the Christ Consciousness is particularly relevant to the very challenging times we live in, I am devoting these next several blogs to the view of Jesus, the Crucifixion and the Christ Consciousness as it was told to me by the Divine Presence that first spoke to me in 1994.

Jesus the man was a pure embodiment of the Christ Consciousness (without ego), who, contrary to popular opinion, did not come to Earth to save mankind from sin, proclaim himself to be the only Way, demand allegiance or send the disbeliever to Hell. The appearance of Jesus signaled Return, awakening, on a planetary level. His appearance marked the beginning of the last phase of the journey of the human race, that phase in which the Christ Consciousness would be awakening for all. While Jesus the man embodied Divine Love and Wisdom that was experienced by many of those who walked with him, his Coming to Earth at that time brought the Fire of global initiation to humanity.

There is no Second Coming in the form of one individual. The Second Coming is the rising or the awakening of the Christ Consciousness within each of us, all of us. However, while the man Jesus knew this, he also knew what his Coming would create for humans. He knew that the story that would be told about him and about his death would be a powerful instrument of heating up ego consciousness to that boiling point… to be continued…