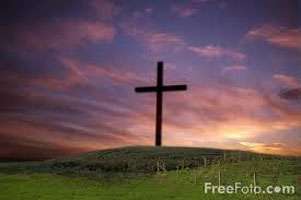 Rewriting the Story of Jesus and the Crucifixion: Part III

The story of Jesus and the Crucifixion we have all heard is not accidental, bad or wrong. It is ego’s story of Jesus and the Crucifixion. In just the same way, we each have ego’s story about who we are. My Divine Source says that Jesus the man, embodying the Christ Consciousness, knew that the way his story would be told would actually exacerbate, not alleviate, the ego energies already at play on the Horizontal Plane. Jesus knew that his story would fuel all the Dualities that are a part of ego consciousness, that judgment and divisiveness would become even more extreme as a result of his Coming to Earth at that time in that form. This was the Fire of initiation he brought to the human race to set us all on the Road of Return. This was for the purpose of intensifying the play of ego to the point where the human race as a whole would awaken to the reality that ego consciousness itself has become the greatest threat to human survival, and that an evolutionary leap to soul consciousness is not only our only hope, but also the true purpose for our human incarnation in the first place.

What are the Dualities that the story of Jesus fired up to such intensity? There are many. While we are familiar with a number of these Dualities, they urgently bear repeating because they continue to be some of the greatest causes of human pain and suffering today. To begin with, the story of Jesus is the story of one man being the Son of God while all the rest of humanity is urged to believe in him in order to be “saved.” This part of the story immediately separates man from God and puts the authority for man’s reunion with God in the hands of judgment of other people. Someone else decides what you must believe and whether or not you are a true believer. This separation of man from God fires up all the Dualities of good and evil, love and hate, sinner and saint, the righteous and the damned, and Heaven and Hell. And all these Dualities fire up the judgment of better and worse—some people, practices, beliefs, skin color, gender, and races are better than others– and this not only further strengthens the power of a belief in good and evil, but it also gives rise to a belief in hierarchy, all men not created equal.

My Divine Source tells us that we are all the Sons and Daughters of God, we just don’t know it yet, that no one is better or worse in the eyes of Soul and God, and that this is actually how Jesus saw and related to his fellow human beings. He knew that we are all soul dressed in different costumes playing different parts in the great Play of human consciousness, and when that play is over, we all take off those costumes and we all go home to God and Oneness together. On the ego plane, we play out all the Dualities, countless versions of good guys and bad guys, better people and worse people. We play sinner and saint, king and slave, beauty and beast, genius and moron, etc. But those parts are only real on the ego plane of consciousness.

This, They say, is the story of Jesus we came here to rewrite—that we see the Christ in everyone, regardless of how they manifest as personalities, and we do everything in our power to radiate that Divine Light and Love through our own being in order to help that love and light shine in others. We get out of the battle with so-called evil altogether. This is what Jesus the man did.

These are the words of my Divine Voice-

We are not doing battle with dark energies. True Light does not do battle with Darkness. Light illuminates and in that illumination, Darkness disappears. This is why all so-called religion that fights what it calls evil or non-belief with war and persecution, shame and hatred, emotional coercion or moral superiority, even on the subtlest levels, carries no Light whatsoever in Our sense of Light.

You see, there is no real Evil; there is only ignorance of the Plan. What We do here with you is light up the ignorance in which you have lived so that it disappears and the Light of the Plan is revealed. (quote taken from Into the Fire, Book II of The Road Home Series, soon to be published.)

How do we awaken and share that Light? What is the Road of Return? This is the big question the Divine Presence came to answer…To be continued…