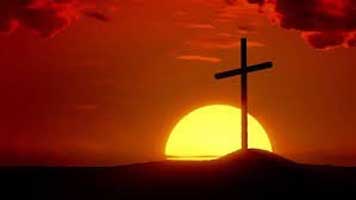 Rewriting the Story of Jesus and the Crucifixion: Part IV

Killing the Messenger No More

What if Jesus had lived?

Some of those we consider our greatest heroes are martyrs. What if we hadn’t killed them? Would we even remember them let alone value their message? And there are countless martyrs who will forever remain anonymous—native people all over the world who have been slaughtered to make way for a dominant culture, those who died in slavery, in the Inquisition, at Hiroshima, in Nazi concentration camps. The list is endless. The scope of their suffering and ultimate destruction is beyond measure.

These martyrs highlight a pivotal aspect of ego’s version of the story of Jesus, which is that we seem to have to kill our messengers before we can fully hear their message, IF we hear it at all. We had to crucify Jesus in order to recognize his Divinity. How many people do we have to kill before we recognize our own Divinity? In our ego consciousness, it seems to be a great honor to die for one’s country or one’s honor or one’s faith. In ego consciousness we also seem to believe that it is heroic to kill others for the same reasons. While it may indeed be heroic in certain instances to be willing to die for what one believes in, are we not fast approaching the time when we must see that this form of heroism is no longer viable? How many people have to die tragic deaths at the hands of other people—justified by ego’s illusions of superiority and righteousness, by greed, by the insatiable desire for power and control– for us to actually hear one of the most urgent of all messages— that the means we now have of “crucifying” our messengers put us all at risk of extinction?

Rewriting the story of Jesus means we don’t kill our messengers—we listen to their message while they are alive! Can we hear the Treyvon Martins and the Matthew Shepherds calling us all to honor and love our human diversity– before they are murdered? Can we hear the immigrants wandering homeless in an unfriendly world and drowning in icy waters calling us to end war before they are left for dead? The water protectors, the starving, the excommunicated, women sold into sex trafficking and children raped in their own homes—all call us to hear this cry and wake up from our lethal projections of greed, self-righteousness, and our deep fear of the feminine. Can we learn to recognize the suicide bomber’s homicidal violence as a call for help for the entire Family of Man, just as we are learning that the child who shoots his parents is calling for help for the pain in his family?

One of the greatest messengers today is not a person. It is Mother Earth, the source of all life and sustenance. We are all cells in her great body; we are all diners at her table. As we witness her waters and her air and her soil being polluted at our own hands, as we watch countless species diminish and die out, mutate into bizarre forms and become poisonous for consumption, and as we watch our own human population suffering from a plague of previously unheard-of diseases, what is it that keeps us from hearing Mother Earth’s message loud and clear while she still lives? What would it take for us to stop killing the hand that feeds us? How many plant and animal forms and how many people have to die before we hear Mother Earth calling us to bring her down from the Cross?

Hell is not a place after death where “bad” people go; it is what we have created right here on Earth because we have forgotten who we are. Rewriting the story of Jesus means we remember who we are and the crucifying stops…

…What if Jesus had lived? What if we resurrected him now? What if we switched gears in this eleventh hour and worshiped the living Christ?