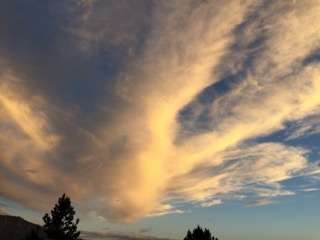 Without each individual speck of sand there is no beach. Without each drop of water there is no ocean. Without the individual cell there is no body and there is nobody. We live inside minds that can perceive such things and that can know ourselves as individuals who are preoccupied with both what we ate for lunch and our own dreams for the future as well as massive political tides and archetypal spiritual longings. We have the capacity to know ourselves as specks of sand and as an entire race of beings, and perhaps never before in history has that been more possible or important than it is now.

We seem to be everything and nothing, a long long chain of birthing and dying, and if you believe in such things, born again and again and dying just as many times. I don’t know about you, but sometimes the panorama is breathtaking, sometimes frightening, and often just too much to stay with.

I don’t know what future human-type creatures will be like but I can’t imagine they will be like us. If ancient creatures were continually adapting over millions of years to changing climate and landscape, to shifting food supplies as well as to the complex and increasing demands of interdependency and competition, how could we NOT, in this dramatically changing physical and psychological climate, be evolving in form and function at this very moment? Our brains and our bodies must be adapting at significantly high rates of speed to the technological age, computer science, pollution, limited availability of resources and the chemical corruption of resources, an exponentially increasing population, extremes of thought, feeling and ideology, extremes in social expectation and conflict, and extremes in our ability to both create and destroy.

Never before in history have we had the ability we now have to understand our own evolution, however limited that understanding may still be, and therefore never before in history have we had the possibility of consciously influencing the course of that evolution. What WE ourselves are doing is dramatically and rapidly changing the earth climate and the human climate that we, of necessity, must adapt to. “Climate changes” of the magnitude we now see must be signaling massive adaptive mechanisms to shift into high gear within us, cellularly, as well as on every level.

What is different today from any other time in human history, I believe, is that in the past, evolutionary changes occurred primarily in response to challenges to physical survival. We did not have to worry about what we believed about ourselves and others beyond being attuned to the increasing demands for both cooperation and competition.

And then something changed. I’m not a social scientist or an anthropologist but at some point in human history we developed the capacity to have beliefs about ourselves, values, standards of behavior, ethics, beliefs about where we came from and what our purpose was. We developed a sense of our individual selves in relationship to whatever the larger whole was—our family and tribe and the physical world around us. We began to have beliefs about birth and death beyond the instinctual need of the body to stay alive as long as possible. And out of that various civilizations have risen and fallen. Self and other have been in an increasingly dramatic, captivating dance of survival and “thrival”

Here we stand at this moment, on millennia of human beachfronts coming and going with the tide- first lava, then boulder, then rock, pebble and imperceptible particle of dust– first embryo, infant, toddler, adolescent, adult, old person, corpse and dust. First a single cell, eventually ape, now human, and who knows what after that?

Do we get to choose our evolutionary path? And WHAT will I choose when the next gunman shoots into a crowded classroom, when the next toxic dump overflows into the ocean, when you hurt my feelings or you tell me I hurt yours? What will I choose? I’m so very afraid that if we don’t choose a mass movement of return to Heart and Soul now, there will be an end to our evolution altogether.

My husband and I were talking this morning about a longing to retire, to wake up with a blank slate, drive off into beautiful nature with no time frame, visit our children and grandchildren whenever.

It’s not going to happen that way. Not while we’re all swimming against this undertow.

The Road Home: A Light In The Darkness