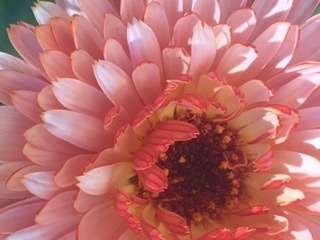 My Mother and the Evolution of Consciousness
Part III

I went to visit my mother in October. The trance was broken, the spell of lifetimes lifted. Nothing stood in the way of our having some very sweet moments together– no particular conversation, but the embraces we shared were real. I sought them out as much as she did.

I have to tell you, up until that visit, everything my mother did annoyed me—everything. I’m not exaggerating. I had created a psychic to keep her out. I’m not saying I didn’t have good reasons. I understand all that from psychology. As a psychotherapist I have much understanding of how and why defenses are created, and there is no blame. But I wasn’t standing in “psychology” with my mother now. My Soul wanted something more for me than a justifiable defense. And so, it simply took that barrier down.

I saw my mother as I had never seen her before—her vulnerability, her longing to be loved, her insecurity, and her not having any idea how to get those needs met. Suddenly, I felt deep pain for her. All these years I had seen the same behaviors, picked up the same discomfort, but they ignited only criticism in me, a wall of irritation and rejection. Her vulnerability had repulsed me. And I didn’t think that would ever change, nor did I feel it needed to. I just avoided the whole issue the best I could. But thee were moments when the flashes of anger and rejection that came out of me toward her caused me shame. “I’m not that kind of person, “ I would tell myself. “She just drives me crazy.” And I would slide back into avoidance—better known as resignation, and even better known as denial.

When my father was dying back in 2005, I went to visit him in the hospital. He had Parkinson’s and he had fallen, cracking his hip. He went to rehab and just as he was getting better, he got Pneumonia. He looked so fragile lying there in that hospital bed, so pale, his translucent skin hanging off painfully visible bones. I climbed into bed with him and put my arms around him. He said, “Oh, darling” and let me hold him. I remember thinking later that this could never happen with my mother.

All I can tell you is that my Soul had bigger plans for me. It didn’t want me to stay in the story of our lives. It wanted me to have the experience, not just the thought—of taking those costumes off NOW and knowing each other for who we are in our essence NOW. I can only thank my Soul for this greatest gift.

So if there is a moment, Fran, when you, too, are lying in a hospital bed, and I get there in time, I will get in beside you.

Remember I told you that as a child I used to lie in bed at night terrified that our house would burn down and I would have no way to escape my second floor bedroom? Well, that old house finally burned down, and I didn’t die after all.

The Road Home: A Light In The Darkness