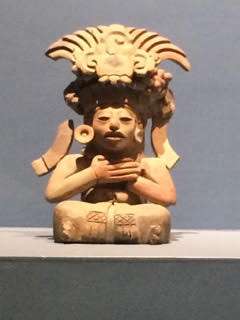 Trump has already gotten way more than his fair share of the press as far as I’m concerned and so it is not without some reservations that I give him some space on my blog. It’s not really just Trump anyway. It’s all the Trump-like figures seeming to dominate our culture and our thinking here in the United States. Like so many others, I thought naively that anyone talking such apparent hatred, bigotry, sexism and divisiveness could not possibly become a presidential candidate. Most people I talked to assured me this was so—that last thing he said would surely be his demise. But that has  not proved to be true so far.

Then I read an alarming article written by a man whose parents had survived the Holocaust. They told him that for a long while they did not especially fear Hitler—it was inconceivable that he could gain power with such fanaticism.

I don’t know if the views being expressed so forcefully here in America today could reach the level of hatred and persecution that was unleashed in Nazi Germany. But similar views have certainly played out with untold violence repeatedly all throughout history. We have been, as far as I can see, engaged in the war between Good and Evil forever. The stories of Adam and Eve, Cain and Abel, seem to be our unique legacy among all sentient beings.

But my Soul tells me a very different story. It tells me there is no Evil in Reality—there is only ignorance of the Plan. There is only the Sleep of Forgetting in which we all have come under the spell of ego consciousness and the great divide of Duality—Good and Evil, Have and Have Not, Pleasure and Pain, Masculine and Feminine, etc. There is only the Sleep of Forgetting from which we all, WE ALL, are trying to wake up. My Soul tells me we are ALL Soul wearing different costumes and we are ALL on our way home, all playing different parts in a complex human drama along the way, none more loved by God and Soul than any other– Donald Trump no less lovable in God’s eyes than I am or you are. At this point in my life, I actually believe that.

And so, if I trust my Soul, and I do, then I can no longer afford to relate to the Donald Trumps of the world as the “Evil” against which we, the “Good,” are fighting. (And, by the way, I’m quite sure the Donald Trumps of the world view my Liberal-ass little self as the “Evil” they are fighting.) I can no longer afford to play only in the field of Duality that keeps me in the Sleep of Forgetting that we are all Soul, all God, in our essence.

At the very same time, I believe in the absolute necessity of Love, equality, tolerance of diversity, generosity, the peaceful resolution of differences, personal responsibility, and understanding of and respect for our interdependence with all the kingdoms of the earth. I believe with my whole heart that we need these values and these approaches to our human condition to survive. Never before in history (that I know of) have we had the ability to completely destroy ourselves and most other life forms. I really want us to survive—all of us—humans, plants, animals and the beautiful earth we live on.

So how do I hold in my heart that the Donald Trumps of the world– and for that matter, the Hitlers and the KKK and the school shooters—how do I hold in my heart and in my being (and not just as a beautiful theory in my head) that they, too, are equally Soul, and we are ALL going Home to Oneness regardless of the parts we have “appeared” to play in this human drama?

I meditated one afternoon after watching a clip of Donald Trump insulting Marco Rubio. And in my meditation I got it. I understood that Donald Trump is my Teacher, and he is a powerful Teacher. He is Sand inside my shell and my job is not to try to expel the Sand but make a Pearl. My job is to transform the intolerance and judgment and fear that I feel in response to him, into the greatest Love and Wisdom I am capable of in my own Being.

The Donald Trumps of the world are big Sand for me. Help me, God, to make big Pearls. Help me use every bit of irritation inside my shell– not to further the battle between Good and Evil but to strengthen my resolve– to look for God in everyone and still be a powerful voice of my own Soul in the world.

And my voice wants to say, “No, Donald, no. You’re helping make the world uninhabitable for our children and grandchildren.”