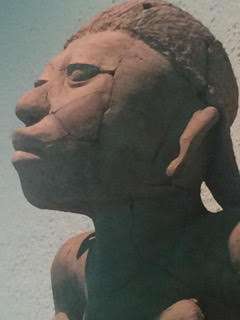 Soul Evolution and The Composite Eye

I started wearing glasses when I was in fourth grade. I was very near-sighted, which meant I could see things close to me very well, but the farther away something was, the blurrier it got. And I was very nearsighted.

Thank goodness for the invention of glasses, contact lenses and then Lasik. They expanded my world tremendously. The eyes I was born with were not powerful enough and had I been born into a hunter/gatherer civilization, my chances for survival would have been slim to none– easy lunch for a pack of hyenas.

But there are many kinds of eyes and many types of vision, and although today we can correct near and far-sightedness with remarkable ease and skill, our human survival has come to depend on so much more than a functioning set of eyeballs.

We need to scope out the psychological landscapes we live in the way ancient man needed to scope out the bushes and high grasses. Our potential “predators” sometimes live in our own cities, raise the food we eat, eat at our own tables, make the laws we live by, and preach in our places of worship. But it’s not always easy to see them. The psychological landscape is so complex, so dense, and we are caught in a web of dependency on many millions of people we will never meet, just to have the bare necessities for survival. I’m afraid we cannot always afford to “see” what lies in the tall grasses of modern civilization.

As animals we have depended on those who are most alert as well as on our own eyes and ears to survive. There is always one animal that senses danger first and shouts out to the rest. Earlier in our human history, we had sentries and scouts who watched at the edges of our encampments or went ahead to scope out the terrain for resources, safe passage, and predators. As human animals, even with all our amazing skills and dazzling creations, we more often now revile those with the sharpest vision. Sometimes we kill them.

What animal does that?

I don’t have a good memory for high school Biology so all I remember about the fly’s eye is that it was made up of thousands of very small parts all working together to create the fly’s vision. So I recently looked on the Internet for more information.

One article said, “A fly has compound eyes on both sides of its head, each of which is divided into 4,000 sections, each of which, in turn, has a lens that perceives an image from a slightly different angle. When a fly looks at a flower, the full image appears separately in each of its 8,000 lenses. When these images reach the brain, they combine together like the components of a jigsaw puzzle… It is extraordinary that such a small creature should have thousands of lenses in its eyes and a cerebral system capable of interpreting what it sees.”

From Wikipedia – “Some eyes have up to 28,000 such sensors… which can give a full 360° field of vision. Compound eyes are very sensitive to motion. With each eye viewing a different thing, a fused image from all the eyes is produced in the brain, providing very different, high-resolution images.”

More than ever, we need each other’s vision to survive. No one person or group is capable of seeing all that needs to be understood and addressed for us to continue as a species. I’m voting for a compound human eye. I’m voting for us to see as clearly as we can with the individual eyes we each have while, at the same time, we put all our eyes together and get as much of the full 360 degree picture as we are capable of. I’m voting for the creation of the global cerebral system that is able to put all those separate images together and interpret them for our greatest survival as a species here on earth.

Lasik saved my literal nearsightedness. Suddenly I could see things that were very far away. Something needs to save us from our collective nearsightedness because the threats to our continued survival, which we might like to believe are far away, are getting closer. We know what many of them are—global warming, pollution, weapons of mass destruction, hatred, institutionalized narcissism… I’m not sure we have the technology for composite human vision yet. I don’t know if we have the desire for it either. We too often kill those who see the dangers first and shout the loudest warnings.

What if the fly killed off the very lenses in its eye that spotted the fly swatter first? It would be absurd!