Divine Meditation 9 – The Law of Eating: The Basis for Understanding White Magic 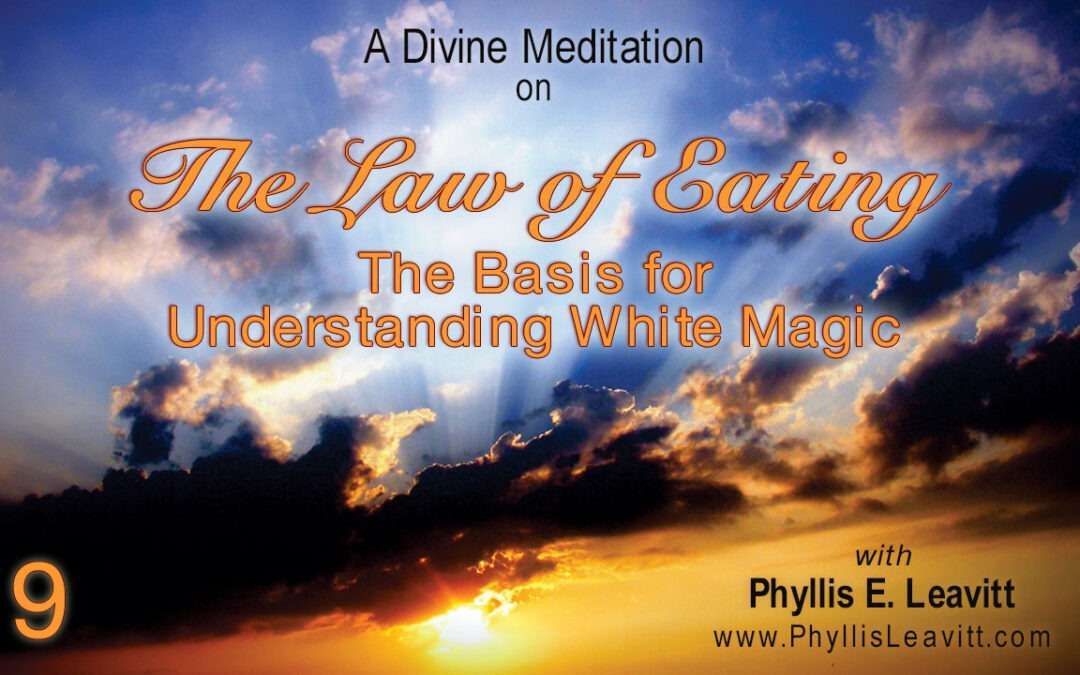 A Divine Mediation on the Law of Eating

You must understand your animal nature from a new point of view.

You did not come to Earth to leave the animal kingdom in any way. The animal kingdom operates on what We call The Law of Eating. You must eat to stay alive. But you humans are different from all other animals and all other life forms on Earth, because you alone have an ego consciousness. You alone have an ever evolving and increasingly strong sense of a separate self that REQUIRES not only physical food but also emotional, mental, sexual, and what you call spiritual food. This is a condition of incarnation into human form and it sets you apart from all other animals.

The Law of Eating conditions you to ceaselessly eat whatever can be gotten on all levels, and not necessarily ask permission to dine. This is neither bad nor good. It is lawful for ego consciousness to function this way. The lion does not ask the zebra if it would like to become dinner. The lion was made to survive by eating all the animals it can catch. And it is no different for you humans with the diverse food sources you require for your ego existence. Ego’s relentless need to “capture” and eat all the energies other human beings contain is how ego consciousness was created to survive and thrive. At the very same time, the individual zebra would prefer not to become the lion’s lunch; the individual human would prefer not to be prey for an economic, emotional, religious or sexual predator.
But in ego consciousness, it is inevitable that you will have predator and prey. One will dominate and another will be subdued. Ego’s need to dominate in order to get its many needs and desires met will inevitably meet the resistance of those preyed upon. Individual prey will continue to flee the hungry predator, be eaten, or fight back.

From ego’s point of view, it is not desirable to be the prey. And while predatory behavior is often judged as “bad” and punished, it is also very often justified and rewarded. This widespread phenomenon of eating without permission is a FACT of your existence in an animal body and in ego consciousness. It is neither bad nor good; it is a condition of ego. You might say the fact that you all die is bad and you are welcome to say that. But it is an irrefutable fact. Your choice in the matter is how you want to deal with this and every truth.