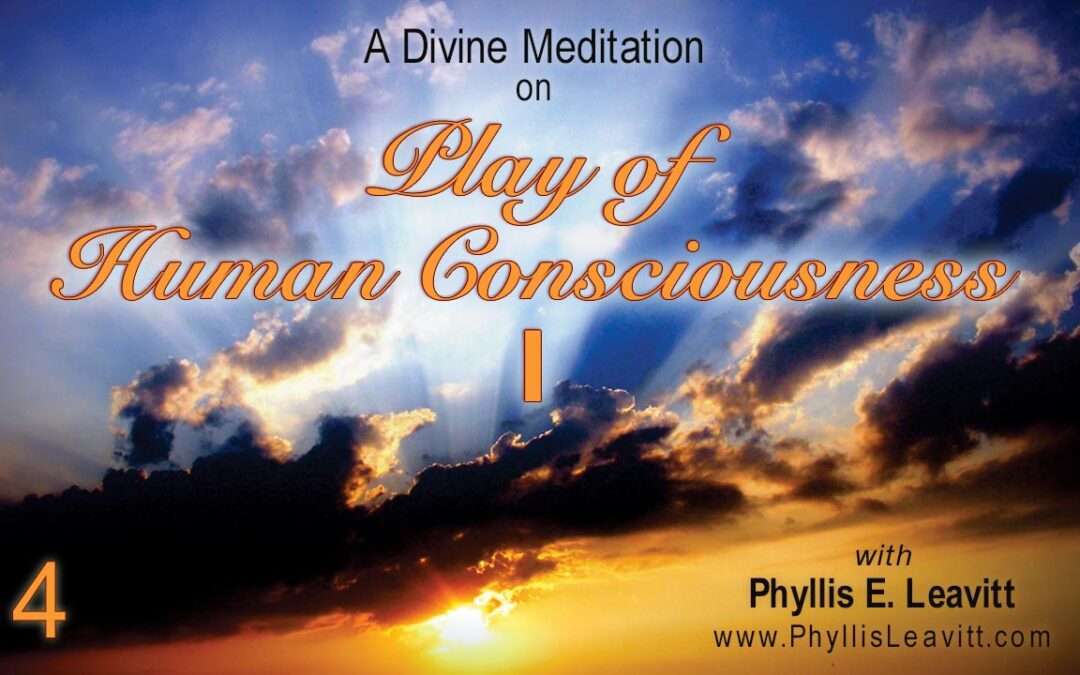 When you create plays in your human world, you usually a hero and a villain, a “light” force countered by a “dark” force. You have a tension of opposites, a playing out of themes that build toward some dramatic climax. You don’t say the people playing the bad guys are actually evil and the ones playing the good guys are actually heroes. When the play is over, they all go home to their ordinary selves and their ordinary lives. You know them as actors, and when they leave the stage they are not the parts they were playing.

In the very same way, God has created a Play and you are all players. You are all Soul wearing different costumes playing different parts, creating a tension of opposite forces, playing out world themes, building toward a dramatic climax. It is only on the ego or Horizontal Plane that the climax you are looking for is Good conquering Evil, the good guys beating the so-called bad guys.

In the world of God, the climax comes when you STEP OUT of all your roles, take off the costumes of ego and personality altogether, leave that stage and go HOME to your true nature, which is SOUL.

You see, bad and good are illusions of ego—very powerful, but illusions. Bad guys and good guys are PLAYERS on opposite sides of the stage. One isn’t better than the other in Reality. But you have to be in Reality to see this. We are not talking about ordinary life; We are talking about the Road Home. And on the Road Home, We are telling you that the parts you played are only the parts you played. They are not WHO YOU ARE.

You must ask yourself the question—How could a person struggle and work to find the meaning and purpose of their existence, their path back to Oneness, only to discover that their particular part is Evil, wrong or bad? This is NOT possible. This kind of thinking only intensifies the war between Good and Evil that has brought you to the brink of your own extinction.

You see, if you believe you have to “confess” to sin, to “badness” and admit fault and somehow atone in order for God to love you—and We know in ego consciousness you do believe this— you will have a hard time grasping that God’s Love is for everyone, all the time, equally, NOW.

We are not saying that it should be all the same to you if you help your neighbor or murder him, if your governments help the poor or enslave them, if you rescue endangered species or wipe one more creature off the face of the Earth. Of course We are not saying that. What We are saying is that loving the Soul in all things—seeing, honoring, encouraging and feeding Soul in all creatures and all beings— is the WAY OUT of the mess you are in. It is the only WAY OUT of the endless war between Good and Evil.