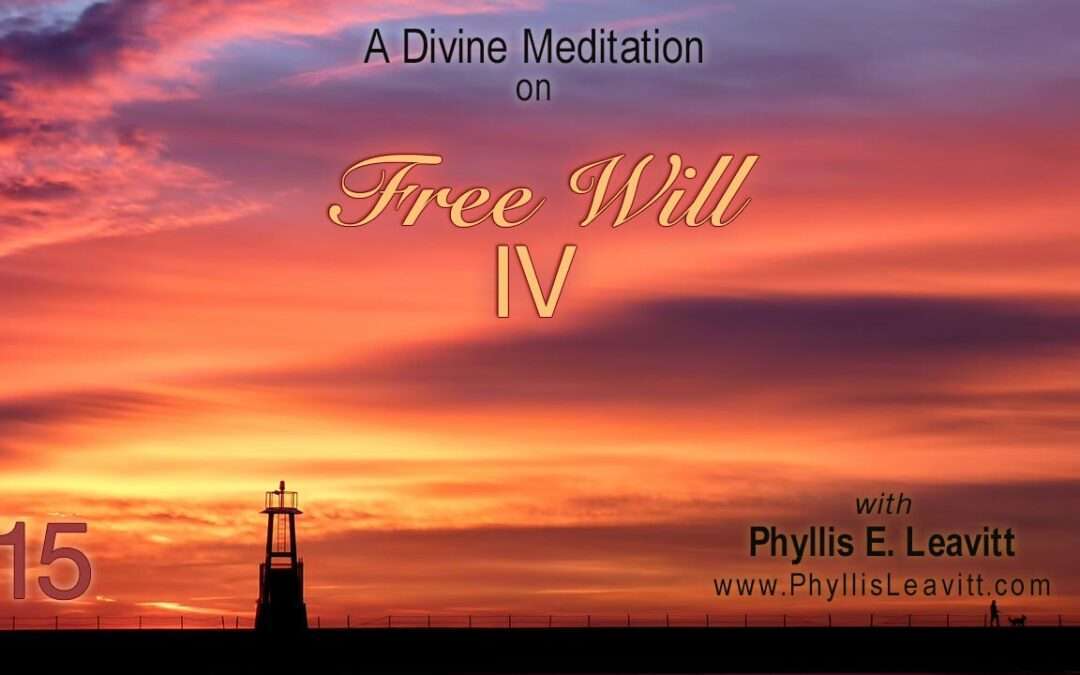 And the Divine went on to say:

In ego, because you live in the Ping-Pong ball of Duality– in the constant back and forth of more and less, better and worse, good and evil, etc.– you believe you are choosing, and that is indeed your experience at that level of consciousness. You are always weighing and evaluating and predicting various outcomes, consequences and rewards. For you in ego state, the continuance of life as you know it is all-important—survival of the physical species, which is your animal experience and your animal priority. So of course you want to know if the species will survive, if the Earth will pull out of this mess in a condition still inhabitable by mankind. And in the state you are in, you lawfully should and must be thinking about this and wondering the outcome.

But as We have been telling you, the whole purpose of human incarnation and beyond, whatever that may mean to you at the present time, is the transformation, the evolution, of CONSCIOUSNESS, NOT FORM. You still believe the latter, which is a lawful aspect of ego consciousness, but that belief is what you are evolving out of. What is so beautiful, if you could only see it as a race, is that the issue and the challenge of your physical viability as a species has now become synonymous with the issue and the challenge of the evolution of your consciousness. You cannot survive in your physical form without evolving your consciousness! This is an amazing time in human history! Paradoxically, as your personal consciousness evolves, the question of whether or not you make it as a species and what happens to the Earth being as you now know it—all that becomes less and less the point. Form is at the service of Intention. The purpose or the Intent of all human development is not the immortality of form. The purpose is the evolution and the manifestation of Divine Love. Form is in the service to the evolution of that consciousness. Form itself comes and goes.

Form serves Impulse. Impulse does not serve form. Can you grasp this? When We say the Soul of the Earth is the Christ Consciousness, We are saying that the Earth came into being in part, and only in part, to offer you the experience of participating in the evolution of the Christ Consciousness in your finite form. You are held in this Divine embrace whether you know it or not. But the body of the Earth is only that Impulse Taking Form; it exists only in service to that impulse or Divine Intent.

You see, you are a Being whether you are in a body or not in a body, and that is true for Earth being as well. Earth’s body, so to speak, is an opportunity for the evolution of consciousness, as is your body. We might say it this way. Consciousness is evolving with or without your consent, participation or awareness. Earth consciousness is evolving but the issue of consent is irrelevant for Earth because Earth being does not have an ego consciousness as humans do. And if certain cells in Earth’s body die off of self-inflicted disease, Earth rejuvenates and you—in the loosest and broadest sense of the word “you”—rejuvenate with her, however that might occur, until the Intent for Earth is fulfilled, complete, reabsorbed into Oneness, and Returned—however you can grasp the vastness of the Inbreath and Outbreath of God. You are everything and you are an infinitesimal speck in the evolution of consciousness. You are entirely dependent upon and completely inextricable from the whole, while the whole is absolutely fine with or without you personally.

So in answer to your question, Is it “known” how it will all turn out for the human race as you know it today, on the Earth as you perceive and experience the Earth today? Of course it is known. Is it knowable to you? Of course not!